Six months have flown by. I can hardly believe it. I feel like I need to apologize but why waste space.  There are so many things to share that starting is intimidating. Instead I’m going to simply focus on writing a small manageable piece for now. Today I’ll talk about an easy one: how I’m staying in shape. 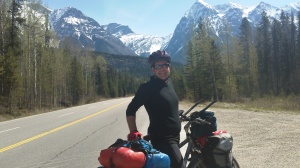 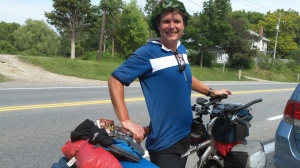 By the end of my trip I’d lost 23lbs, coming in at an even 150lbs, which seems to be my ideal weight. I really started to thin out on the last 2-3 weeks of my trip, which I thought was quite interesting. Fat takes a long time to “burn off” but eventually it does with time and patience (and cycling 124kms/day). I never once had to worry about what I ate while I was on my trip. Although I did start to eat healthier on the later part, still lots of carbs (ok, beer) but more salads and veggies added in.

I was also in terrific shape aerobically speaking. At the end of a 120km day I could easily steam up a long hill or try to chase a car down a street. I also had no difficulty running 5 km non-stop although I was sore as heck the next day.

My plan to keep my weight down was simple: 3 to 4 hours of intense exercise per week. As well, I intended to mix up the types of exercise: cycling, running, hiking, rock climbing, whatever.  That shouldn’t be that hard. I did manage to keep my weight steady for about 2 months while I managed that level of fitness. So I feel that 3 to 4 hours of intense exercise plus eating well – low on carbs when not working out, avoid to much bread, pasta, rice etc – will keep you slim and healthy. I’ll say it again that shouldn’t be too hard.

Reality eventually set in. Less and less time spent on physical activities and now I’ve put 7lbs back on. That’s still not bad though. But still, there’s 168 hours in a week, let’s say you are fortunate enough to sleep 8 hours per day, that’s 56 hours, add another 40 hours for work, that leaves 72 hours. Now take off 3 hours per day for cooking, eating, cleaning up, and were down to 51 hours. You still need time for chores, socializing, relaxing, learning, etc. It really shouldn’t be hard to squeeze in 3-4 hours per week.

For me, I need a goal. Before my trip my goal was to get into shape so I could do the trip. While I was on the road it was even simpler: get home for Fathers Day.

To that end I’ve decided to sign up for a beginner level triathlon or duathlon. I’ll probably cycle 30kms, run 5 kms and swim 800 metres. I’ve tried cycling 15km following by a 5 km run and it’s no easy feat. I have great admiration for triathletes because you truly need to be in terrific all-around condition. I’ve joined the Running Room (which is awesome). I run with a fantastic group of positive people and it takes out the drudgery of running, plus it’s something Vicki and I can do together. I plan to sign up for swimming lessons (I can swim but not well).

So that’s it for now. My first post in 6 months. There, that wasn’t so hard. Hopefully the next post won’t take so long.